The post Boomers on the Hunt appeared first on Charity Berry.

Even a little rain on our Feather Fiesta Days parade could not keep the throngs of people away from the Lake Oroville real estate market for our annual week-long celebration of our hometown.

The Saturday before Mother’s Day is the tradition kick-off to the wealth of spring and summer activities that abound it the Lake Oroville real estate  area each year. There is so much to do around Oroville Ca and the surrounding areas this time of year that you would have to clone yourself to see it all. Luck for you, I will be posting videos like this one throughout this time of year so you can enjoy as much as you can of the Lake Oroville Ca area. I hope you enjoy the video.

The post It Rained On Our Parade but… appeared first on Mark Wisterman’s Oroville, Chico & Paradise Real Estate Blog. 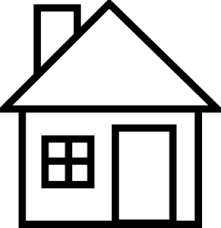 Mortgage rates have been so low for so long that it is hard to believe nearly everybody hasn’t refinanced to a lower rate yet. Believe it. More than 5 million borrowers could both qualify and benefit from a mortgage refinance, according to a new report from Black Knight Financial Services.

True, that is less than the nearly 7 million who could have refinanced just last spring, when the average rate on the 30-year fixed mortgage was below 3.7 percent. Today, thanks to the rout in the stock market, rates have fallen back just below 4 percent. About 2.4 million borrowers could potentially save $200 or more on their monthly mortgage payments and an additional 1.9 million could save $100 to $200 per month. Add it up, and that is $1.2 billion still on the table, according to Black Knight.

“If rates go up 50 basis points from where they are now, 2.1 million borrowers will fall out of the running; a 100-basis-point increase would eliminate another million, leaving only 2 million potential refinance candidates, the lowest population of refinance candidates in recent history,” said Ben Graboske, senior vice president at Black Knight Data & Analytics.

In other words, borrowers should act now, as mortgage rates are expected to rise through 2016. While mortgage rates do not follow the Federal Reserve’s moves exactly, they will rise with an improving economy and job growth.

The robust rise in home values has helped bring millions of borrowers back above water on their home loans, allowing them to qualify for a refinance. There is also, however, a the last housing boom, when people used their homes like ATMs, they are available at low rates. Their popularity, in fact, is growing again, up 35 percent in 2015 from 2014 levels.

Homeowners today have a collective $4.2 trillion in available home equity, up $600 billion over the last year, according to Black Knight. About 37 million borrowers could pull out an average $112,000 before hitting the amount of equity most banks require them to keep in the home. Average credit scores on new HELOC originations today, though, are at a record high.

Californians are the big winners in home equity. More than a third of the nation’s collective home equity is in the state. The state has the most borrowers eligible for a refinance and/or a HELOC. Texas and Florida are next with the most home equity ready to be tapped. Refinancing a primary loan is heavily rate-dependent, but borrowers are still willing to take out a HELOC at higher rates.

Borrowers today appear to be more cautious about their home equity. Those who are taking the money out are using it to pay down debt or to improve their homes, adding value to the investment — as opposed to buying luxury vacations, cars and second homes as they did a decade ago, when home equity was more of an optimistic notion to lenders than an actual reality.
government refinance program, called HARP, for those still owing more on their loans than their homes are worth. To qualify, borrowers must have loans backed by Fannie Mae, Freddie Mac or the FHA. There are about 430,000 borrowers who could still benefit from HARP.

Click here to find out how you can make a difference in a child's life.

To ensure the safety and security of our Associates it is our policy that we cannot meet or show property to anyone with whom we have not had previous in-person contact. Please understand that we may require that your first meeting with any of our Associates take place at our office and that we may request proof of identification from you, and\or require that you complete a client information form, prior to showing you any property. Our associates are also required to file a showing itinerary with their supervisor as well as provide updates to their supervisors as they travel between properties that they are showing you. We apologize for any inconvenience this may be for you and we appreciate your understanding of our desire to keep our workplace as safe as possible for all of our Associates.